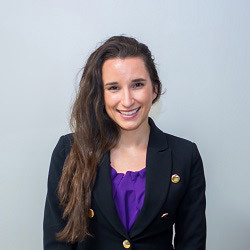 Lauren Rode is a Bankruptcy Attorney

The 9th U.S. Circuit Court of Appeals’ recent decision in Spokane Law Enforcement Federal Credit Union v. Barker, 2016 DJDAR 10687 (Oct. 27, 2016), may pose some issues for creditors but will not be extremely detrimental. Rather, the ruling underscores the importance of creditors making their claims known in a Chapter 13 bankruptcy.

Chapter 13 is a mechanism for debtors to reorganize by proposing a repayment plan and having the payment plan confirmed (approved), usually within a few months of the case being filed. The whole purpose of Chapter 13 is to have the repayment plan finalized early on. The bankruptcy rule requiring creditors to file a timely proof of claim in a Chapter 13 case is clearly stated and well-known to financial lending institutions — and especially their bankruptcy attorneys. Moreover, at the commencement of each Chapter 13 case, a notice goes out to all creditors listed by the debtor informing them of the requirement to file a proof of claim by a specified deadline.

In this case, the creditor, Spokane Federal Credit Union, appealed a decision disallowing their late-filed proof of claim in Barker’s Chapter 13 bankruptcy. The credit union argued that since Barker listed the credit union on her schedules, the court should allow the late claims.

The credit union also offered the court the excuse that they failed to file their proof of claim due to a “disgruntled employee.” This is simply not an excuse the courts should accept for late-filed claims to be allowed. Creditors are well aware of the rigid requirement to file a proof of claim within the prescribed deadline. Failure to do so will very likely forfeit a creditor’s right to being paid on its claim. 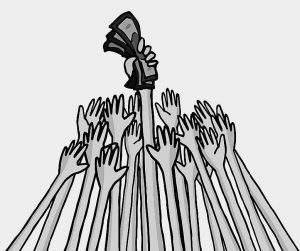 If courts were to allow late-filed claims all the time, there would be no urgency for creditors to file a proof of claim by the deadline and, even more complicating, debtors would continuously have to modify their Chapter 13 plans.

If the court had allowed the credit union’s late-filed claims, it would have created a precedent where a debtor’s plan could never be finalized because creditors could continuously add late-filed claims with no end. If courts were to allow late-filed claims all the time, there would be no urgency for creditors to file a proof of claim by the deadline and, even more complicating, debtors would continuously have to modify their Chapter 13 plans. This would mean the debtor would likely have to expend more money on an attorney to file motions to modify and the court and trustee would have to use judicial resources to hear and process these motions.

Another important takeaway concerns a court’s finding of an “informal proof of claim.” Sometimes, even if a proof of claim is filed after the deadline, the court will still allow the proof of claim because the creditor took some affirmative action during the case to make their claim known. For example, if a creditor frequently confers with the trustee regarding their claim or makes their intentions to file a claim known to the debtor’s attorney or to the court. This sets a low threshold for creditors that, at the very least, creditors must make their intentions to file a claim in a debtor’s case known to the parties involved — the trustee, the debtor and/or the court.

If the creditor does not at least do this, the Spokane Law Enforcement court ruled it cannot just allow for every single late-filed claim. The effect of this discussion in the decision will push creditors to at least make their claim known in the beginning stages of Chapter 13 regardless of whether the creditor ever files a formal claim in the case.

Overall, the 9th Circuit’s decision reinforces the Federal Rule of Bankruptcy Procedure 3002, requiring creditors to file a timely proof of claim. It sends the message to creditors that the full-proof way to make sure they are paid on their claim is to file their proof of claim on time.

“This article was published by SAN FRANCISCO DAILY JOURNAL.”