As reported in June 2016 by the Los Angeles Times, former sanitation worker James Pearl won a $17.4 million dollar lawsuit against the city for being constantly harassed by his supervisors for being gay.

Mr. Pearl, who is not homosexual, was falsely perceived as being gay and endured constant ridicule, suggestive remarks, verbal harassment and hazing by supervisors and others at his workplace. A photoshopped image of Mr. Pearl circulated at his place of work. The image was photoshopped to appear that he was involved in a homosexual relationship with his subordinate.

An attorney for Mr. Pearl said that Los Angeles Sanitation managers and supervisors have a long history of harassing and discriminating against homosexual employees. Even though Mr. Pearl is not homosexual, he suffered psychological and physical damage from the abuse that he endured while employed with the city.

Pearl immediately complained to state regulators—alleging that he was fired for making the initial complaint and because of his perceived sexual orientation. The city eventually determined that Pearl was unjustly fired. He was reinstated to his former position after being off from work for more than one year.

As soon as he returned to work, Mr. Pearl was once again the victim of discrimination. A supervisor passed around edited photos that depicted him in a homosexual relationship with a coworker. Also, supervisors, managers, and employees referred to Pearl using derogatory names, they circulated offensive messages about him and left objects on his desk that were suggestive of homosexual sex.

Jurors only deliberated for approximately two hours before handing down the verdict—that Mr. Pearl was the victim of discrimination.

Discriminating against a worker because of their sexual orientation is illegal, which is why the plaintiff in this case so easily won the lawsuit.

Discrimination in the Workplace

Can I Sue My Employer for Firing Me Because of My Sexual Orientation?

You might be able to sue your employer if you were fired from a job because of your sexual orientation. Federal laws prohibit discrimination in the workplace. According to the U.S. Equal Employment Opportunity Commission, the following reasons for termination are illegal under federal legislation.

If you believe that you did not get hired or was fired or disciplined because you are gay, lesbian or bisexual, talk to an attorney who is knowledgeable in California labor laws- wrongful termination.

What If I Am Harassed Because of My Sexual Orientation?

According to the United States Equal Opportunity Commission, harassment is considered to be discrimination and violates federal law. If you are harassed because of your sexual orientation by your co-workers, supervisors or managers or even customers, then you may be a victim of discrimination at work. Examples of harassment include:

What If My Employer Retaliates Against Me for Reporting Discrimination?

You should not be afraid to report discrimination to your employer. It is against federal law for an employer to retaliate against an employee for reporting discrimination. If you complain to your employer that you are being harassed and they fire you or lay you off, then the best course of action is to speak to an experienced employment attorney to learn how you can assert your rights to fair treatment in a court of law.

Steps to Take If You the Victim of Discrimination

If you are being discriminated against at work for your sexual orientation or gender identity, you probably feel angry, sad and frightened. You might be reluctant to speak up to someone for fear of losing your job. However, it is important to talk to an experienced employment law attorney about what you are experiencing. They will help you get the clarity you need to take action against your employer.

You can also take the following steps if you believe that you have experienced discrimination in the workplace:

If you believe that you are being harassed or discriminated against because of your gender, sexual orientation or gender identity, you should discuss your concerns with an experienced wrongful termination lawyer.

At Consumer Action Law Group, we are committed to helping our clients get treated fairly by employers. We believe that no employee should have to endure harassment or discrimination at work. Our team of dedicated attorneys will help safeguard your career, reputation, and rights. We will review your case and help you explore your options at no cost. 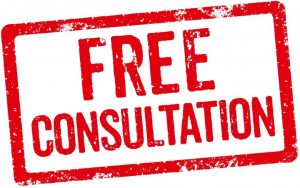 Call (818) 254-8413 to talk to Consumer Action Law Group today. We will help you explore your options and hold your employer responsible for any illegal actions. Call and speak with us today to schedule your free consultation.

Consult with our Employment Lawyers for FREE. We sue employers for illegal practices!
Back to Top