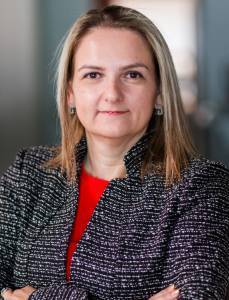 Yelena joined Consumer Action Law Group in 2011. Yelena has a background in consumer Bankruptcy, and has focused on wrongful foreclosure cases, as well as illegal debt collection. she has overseen the development of practice areas within the firm and the expansion of consumer protection services.

Yelena was born in Russia and immigrated to the United States at the age of 6 with her family. Yelena grew up in Los Angeles, CA, and after completing high school, went on to be the first in her family to graduate from a University, and thereafter graduate from Law School.

Yelena holds the degree of Juris Doctor from Thomas Jefferson School of Law, as well as a Bachelor’s degree in Philosophy from the University of Southern California. Yelena Gurevich is a member of the California State Bar as well as Los Angeles County Bar Association, and CAALA.