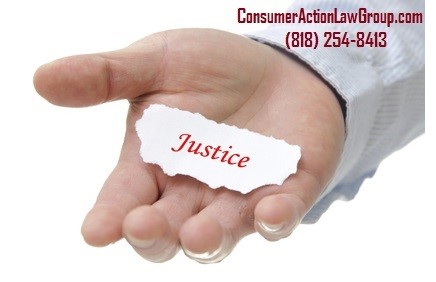 Case Detail: According to the complaint filed, Mr. Carillo was sold a car and the dealer promised that it was in great condition, and free from any mechanical or structural defects. Soon after buying the car, Mr. Carillo immediately started experiencing electrical issues and the dealer failed to communicate with Carillo or to repair the car. On Mr.Carillo’s way to meet his wife, who was in the hospital in labor, smoke and flames started coming out of the front of the car and it burst into flames as he was pulling out of his driveway with his child in the back seat. The fire ignited Mr. Carillo’s work truck, the roof of his home, and part of his house as well as scorching his car.

In California, auto dealers are legally required to disclose the true and known condition of a car at the time of the sale. A dealer must inform a buyer of any defects or any prior accidents or damage. California consumer laws also require car dealers to sell cars for the price that is advertised, and to follow strict rules about documenting down payments.

After first encountering the vehicle, Mr. Carillo was lured and “baited” into purchasing the car after C&A Motors made the following representations: (1) the vehicle was free of any severe mechanical defects and/or damage; (2) that the vehicle had a clean title; and (3) that C&A Motors would repair the power door locks.

As a proximate result of the fraudulent conduct of Defendants, Mr. Carillo purchased a vehicle with a history of flood damage, which was not disclosed to Mr. Carillo prior to his purchase, and of which significantly impacts the value and usage of the vehicle.

As a proximate result of the fraudulent conduct of Defendants, Mr. Carillo purchased a vehicle with flood damage and recorded Water Damage Title, which was not disclosed to Mr. Carillo prior to his purchase, and of which significantly impacts the value and usage of the vehicle.

Mr. Carillo requested financial damages and relief, including full restitution and/or disgorgement of all revenues, earnings, profits, compensation, and benefits, in an amount subject to proof at the time of trial, which may have been obtained by C&A Motors and all Defendants, as a result of the wrongful business acts and/or practices of C&A Motors and all Defendants, and each of them, as alleged herein.

When a dealer violates the consumer laws in California, attorneys fees are awarded by the court under the Consumer Legal Remedies Act. In addition, a consumer is entitled under the Song-Beverly Act to recover damages as part of the judgment a sum equal to the aggregate amount of costs and expenses, including attorneys’ fees, reasonably incurred in connection with the commencement and prosecution of legal action.

The case was filed in February of 2015, and was litigated for several months until the dealer and all defendants made an out of court offer to settle the lawsuit. Mr. Carillo recently entered into an agreement to resolve his claims against the dealer, and the case has been voluntarily dismissed.